Rift, Raid Repeat. An inside look at our first competitive IP – Sol Raiders.

Here at Zero Latency, we want to push the envelope with original game modes to challenge more seasoned virtual buffs. The industry is of a maturing one, and one with the potential to make a sci-fi fantasy of gaming glory come true. So, here’s a breakdown on what you can expect in our first competitive IP to understand and maybe master the game yourselves.

Set in the lush alien forests of Nog-Ida, the first map “Turbine Station” sees two teams battle over a central objective, a Sol Core. Points are scored by moving the objective into the enemies spawn point, triggering a blast of energy from an overcharged turbine. Points are also awarded for kills, and will tip the balance in a draw. The play through of Nog-Ida allows an familiarization for newer players into the concept of a player versus player format, allowing for people to communicate for the sake of protecting, covering or scoring. 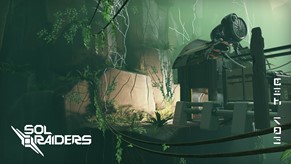 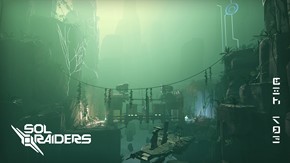 As a first introduction to Sol Raiders and Player vs Player, the “Turbine Station” level is easy to understand and play, however good teamwork and strategy is definitely rewarded. 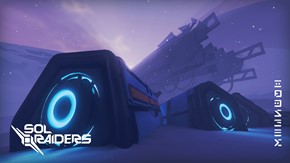 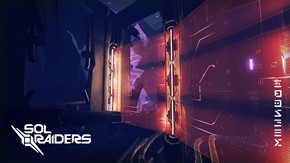 The “Dark Wreck” map is set on the planet Ødemark, and introduces a new objective – the data canister. Players to move through a dark maze of corridors set within the hull of a crashed space freighter, in which randomly placed data canisters spawn. Teams need to strategize & co-operate to locate these objectives, and cover one another long enough to capture the valuable data. 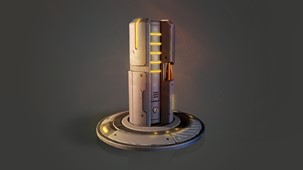 Data canister for players to collect

The combat is up close and personal, though the presence of a sniper tower overlooking the map adds an extra layer of tactics, with good communication key to success.

Like the first game, teams are also vying for the total highest score to get the win, and similarly, calculation of the win is based on the most objectives scored. In the case of a draw, the win is decided on kills. 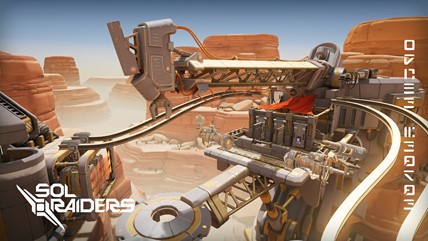 Suhra’Jadida would arguably be the most challenging map of the 3, designed for players that are well familiarized with the core gameplay and mechanics. Set with the same objective of Map 1, players must guide a Sol Core into a socket to power up an enormous mining drill to score. This map offers more advanced mechanics such as moving gondolas, lifts and sniper towers to increase the challenge significantly. 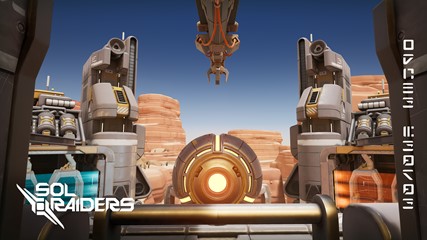 Players will have to pick and choose the strategy carefully, as multiple factors including providing cover and good communication giving a massive swing in advantage.

Let us know what you think of our maps and gameplay experience!

Stay tuned for our upcoming competitions and events happening for Sol Raiders!

You can book your tickets for Sol Raider’s here for all our Australian and international sites here!